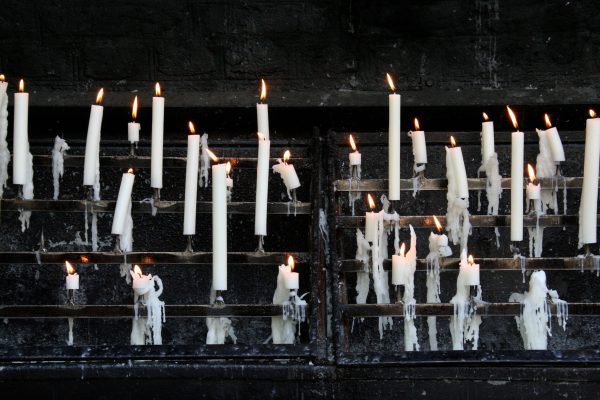 Multilingual Monsters Around the World

Happy Halloween! Do you know about any monsters from around the world? It may not be surprising that many cultures have haunting folklore depicting mythical and supernatural creatures in their country. Equal parts fun and fright, “All Hallows’ Eve” is when the veil between the earthly plane and the spiritual world is thin, meaning the two realms can collide. Thus, it is easier for spirits to cross over and walk among the living. Read on to learn about some of the monsters from around the world! If you dare…

In Chinese folklore, this is a reanimated corpse, depicted as stiffly dressed in a Chinese shroud. Sometimes, these shrouds are mistaken as official garments from the Qing Dynasty. It moves around by hopping with its arms outstretched and kills living creatures to absorb their qi, or “life force,” usually at night.

This is a nine-tailed fox-like creature from Korean folklore that can freely transform, among other things, into a beautiful woman often set out to seduce boys and eat their liver or heart.

A supernatural being who appears as a deformed and ferocious-looking woman. In fairy tales, Baba Yaga flies around in a mortar, wields a pestle, and dwells deep in the forest in a hut usually standing on.

In Armenian folklore, the Al is a dwarfish evil spirit that attacks pregnant women and steals newborn babies. Described as half-animal and half-man, its teeth are of iron and nails of brass or copper. It usually wears a pointed hat covered in bells and can become invisible.

Pakistan folklore describes Halmasti as a wolf-like creature, the size of a horse, that spits flames out of its mouth. According to a local tradition, encountering the Halmasti is a bad omen, and sightings of them are often only at night. To this day, many truck and jeep drivers from Chitral’s remote valleys claim to see the Hamalsti running alongside their vehicles at night, just before experiencing harrowing accidents.

In Japanese folklore, this type of ghost, believed capable of causing harm in the living world, injuring/killing enemies, or even causing natural disasters, exacts vengeance on the living to “redress” the wrongs it received while alive, and then takes the spirits from their bodies.

In German folklore, Alps are small elf-like creatures that sit upon a sleeping person. While sitting on the person, Alps cause the sleeper to have nightmares and then feed off of the misfortune of the dreamer.

In Jewish folklore, this is a malicious spirit believed to be the dislocated soul of a dead person. It supposedly leaves the host body once it has accomplished its goal, sometimes after being exorcised.

Dhegdheer is a female cannibalistic demon with long, pointed ears who hunted in Somali forests. In multiple stories, she would stalk the forests, waiting for those who were left behind or who strayed from the path. She would then snatch them up to eat later. Her victims were usually wandering or lost children.

An Egyptian legend of a naiad-like female spirit calls men to the Nile, most likely to their death or disappearance. It is exceptionally infamous in rural Egypt, within Lower and Upper Nile and the Nile’s water canals (an agricultural-based area).

This is a creature from Greek mythology with a bull’s head and tail and a man’s body. Legend says he dwells at the center of the Labyrinth on the island of Crete, attacking any adventurer who dares set foot inside the maze. 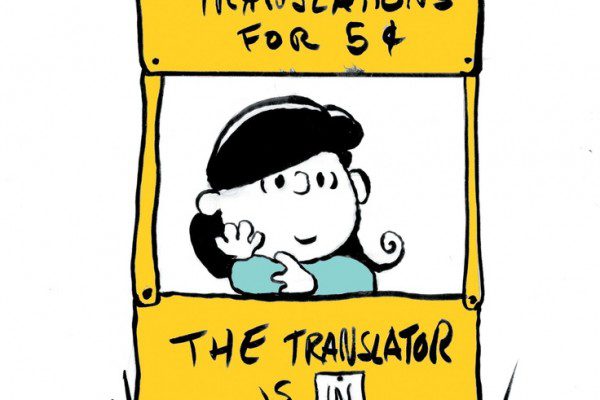 Testing for Translators and Interpreters

Testing for Translators and Interpreters