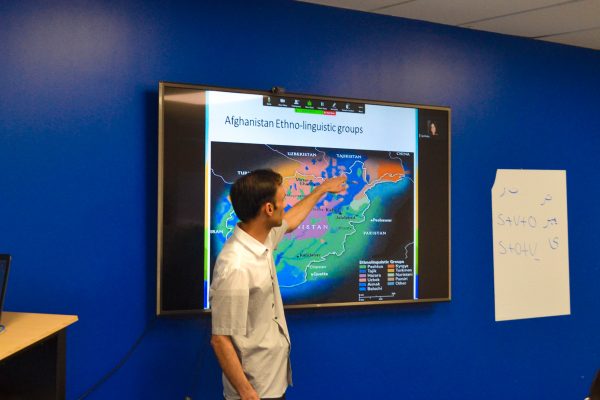 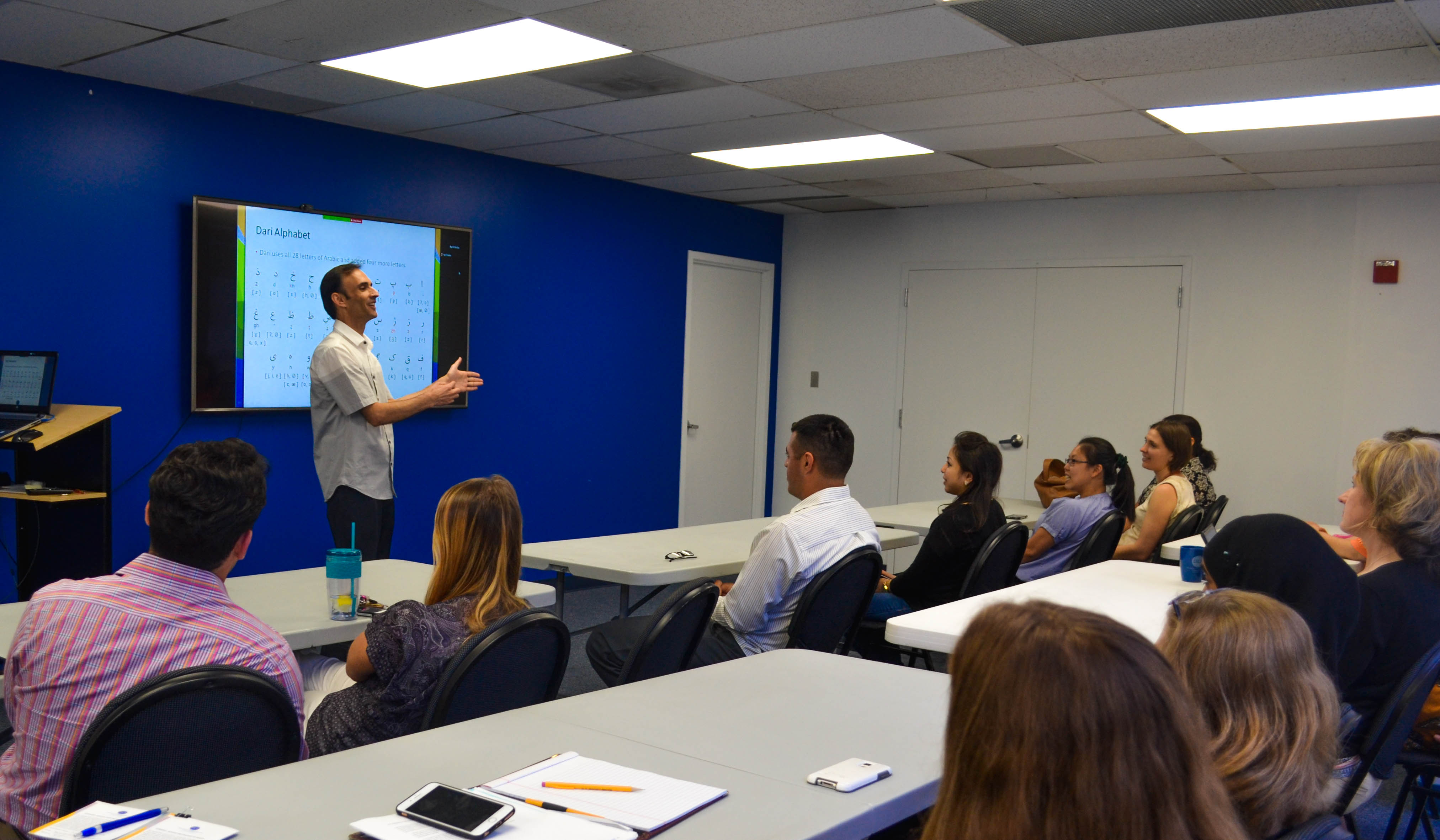 DLS Academic Advisor, Faradoon Saadat, presented on Afghan culture and the languages spoken in Afghanistan during this Crash Course. The course started with questions about Dari and Pashto, the two languages spoken in Afghanistan. Afterward, Saadat clarified that Dari and Pashto, often misunderstood as one of the Arabic language branches, are actually three different languages with different grammar rules.

Dari and Pashto alphabets were shown, followed by how the alphabets change in written words taking full and half forms. Mr. Saadat also showed a map of Afghanistan’s Ethno-linguistic groups, explaining where the majority and minority of different ethnic groups live and what languages they speak. Physical appearances and clothing of different ethnic groups living in Afghanistan was also discussed to include how people in cities and suburbs look and what type of clothes they wear.

In the end, participants asked questions about the history of Afghanistan’s and how old the name Afghanistan is. Answers to the questions led to some interesting short discussions about conquests and invasions of Afghanistan by world’s superpowers and how the region changed culturally and politically over the past two thousand years.

Some of the slides shown during this presentation can be viewed below. 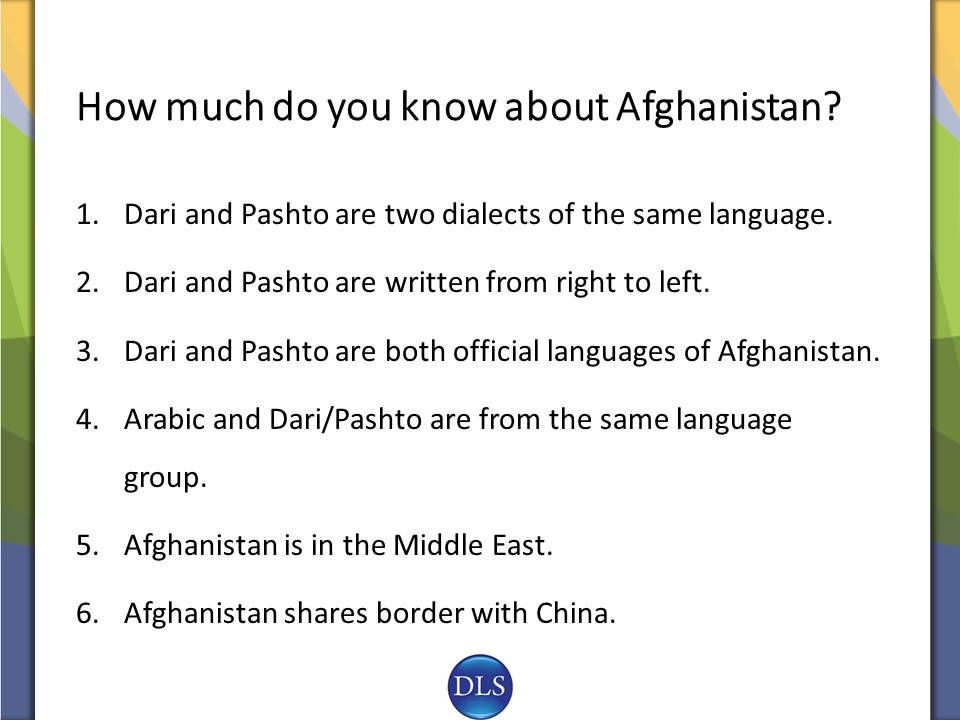 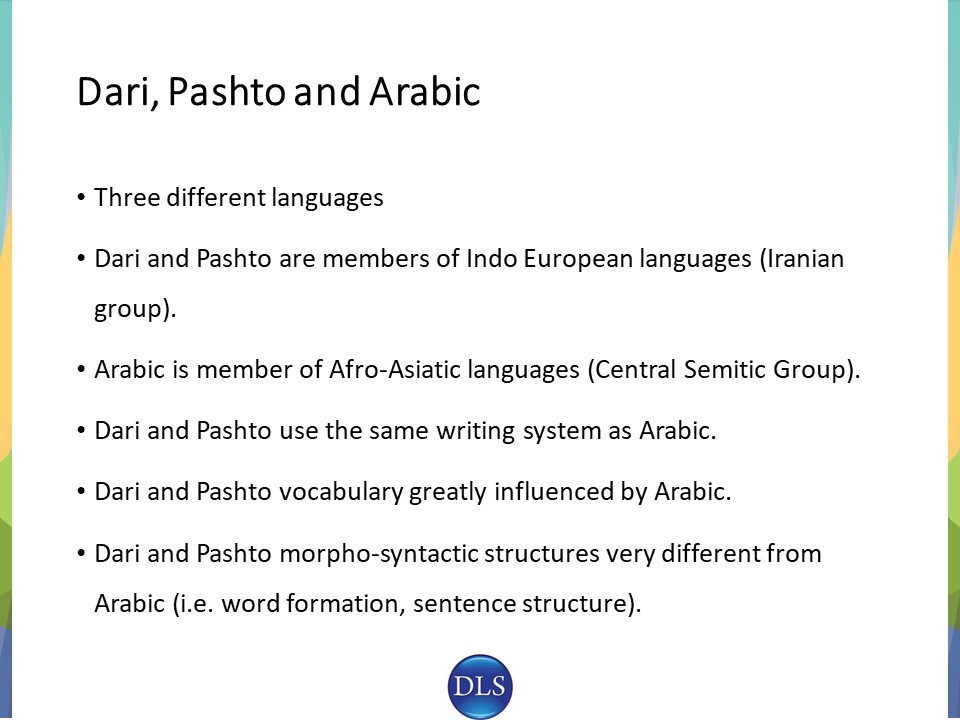 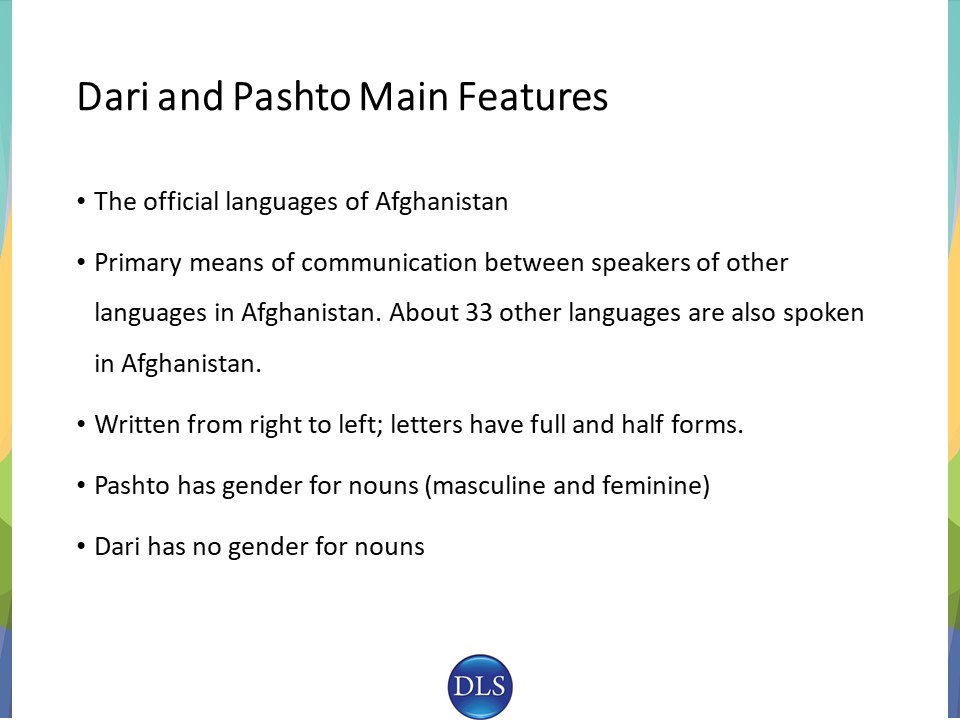 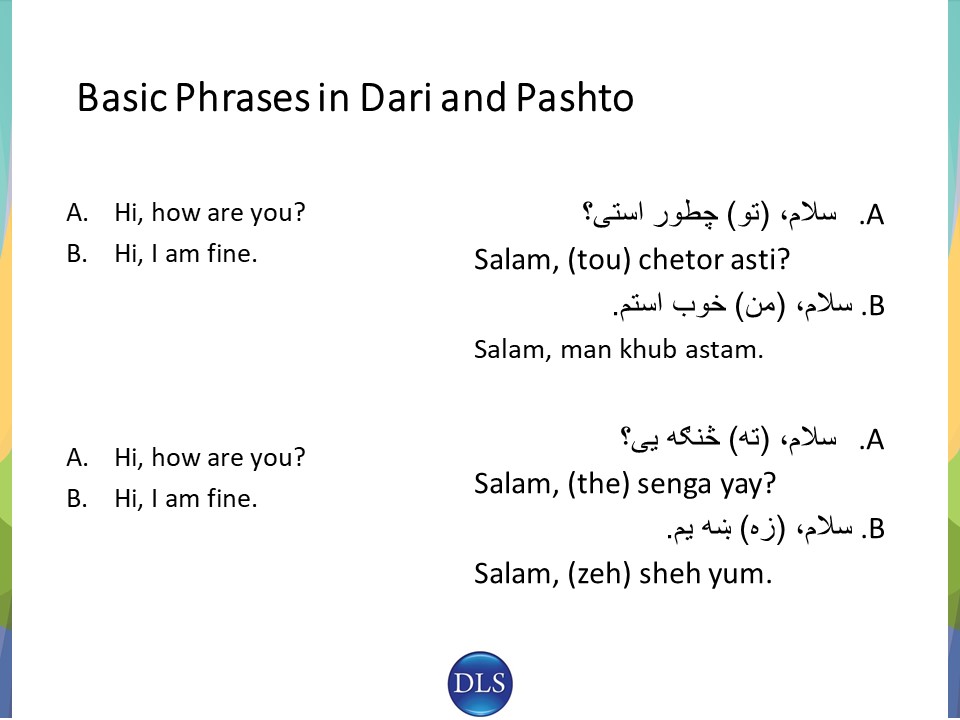 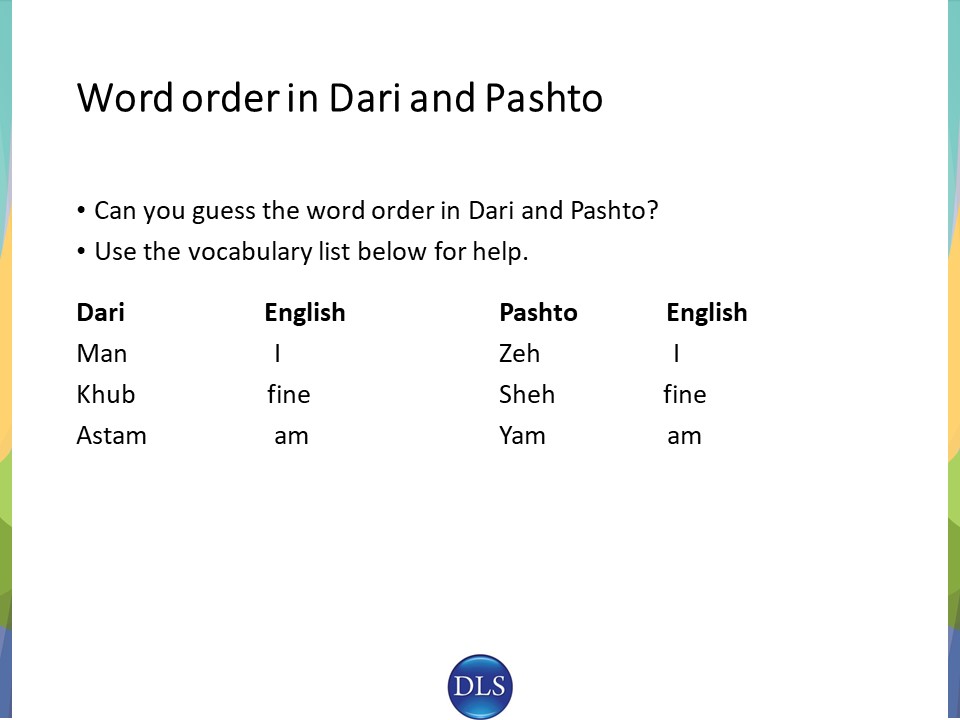 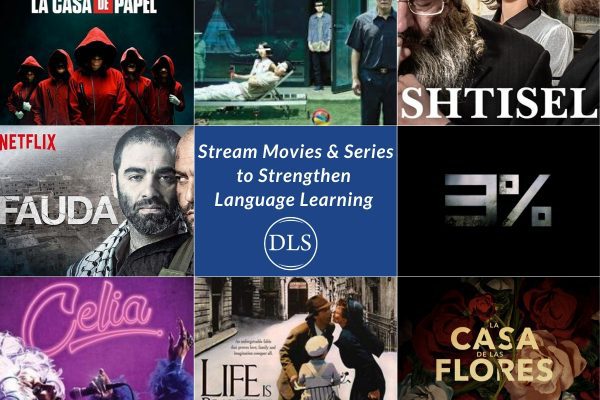